Island of the Moon in Lake Titicaca, Bolivia.

A healthy soul incarnates in three stages. First, the personal or introspective aspects of development command attention; then group consciousness takes hold and at this stage the soul compulsion is to develop 'familial' solidarity with like-minded others.
Finally a mature soul looks to serve the cosmos and leaders of the grand schemata, those we might call stellar/creator intelligences. In tribal cultures, progressing through these three stages is repeated throughout life, undertaken in a rather compressed time and space at ceremonial celebrations that traditionally occurred while traveling across (and sometimes inside) the surface of the Earth.
Tribes recognize the movement from one sacred site to another follows the dance of the stars around the heavens; and the ceremonies mirror the spirit-work of Heavenly Beings, from familial ancestors to the oldest and youngest guides attending the earthly and other planes.
Few of us today have an opportunity to immerse ourselves in so intense a quest, one where we change at soul depths-and simultaneously renew earthly stewardship commitments in chorus with stellar/creator intelligences.
Patries van Elsen offers just such treasured treks; the next through Peru over the September Equinox period of 2012.
Recently I interviewed Patries, hoping to summon up interest in her earth-essential work. If unable to join the upcoming pilgrimage, do not worry.
I am certain the future holds many more, so read on!

Ike: Is it true that every participant finds your trip to be a personal odyssey of sorts?

Patries van Elsen: Yes, absolutely. I limit the group to twelve people and everybody on the tour initially reports having felt a strong 'call' to join. That calling is individualized; it's not the same for everybody. So immediately every trip starts out differently. And because people come from northern countries, they notice immediately the difference in energy. In the south it is much higher in frequency, and more softly feminine. These vibrations create new activity in the body cells, and each northerner is changed. It's pretty certain that life at home will not be the same after such an immersion. In fact, many tribes in both South and North America have a prophecy about the Eagle and Condor. It is said that when both fly together, a new light or sun will be born. I believe on these trips people from the north bring the spirit of Eagle. We join together in a ceremonial way with the indigenous of the south, infused with the spirit of the Condor, and like that a new light in humanity is born.

Ike: I know this is also important to the Maya and Aztec; I see it during the Ceremonies I attend in TX. They venture over the Tex-Mex border hoping to blend together 'Red and White' and bring alive the holistic humanity promised by the ancients. And speaking of the ancients, do you work with the ancestors during your journeys?

Patries van Elsen: The ancestors are vital to our spiritual entourage. Not only do we work with our own personal ancestors but also include the local Peruvian ancestors as we move from one sacred site to another. There is actually a power place in Peru that has a building of sorts with very impressive towers, filled with five floors of mummies. For generations tribal people have honored and prayed with their ancestors at this place, asking for support and guidance in their rituals. Of course, during our visit, we do the same. To me, it is essential to include the ancestors and involve the local indigenous people in what we do. 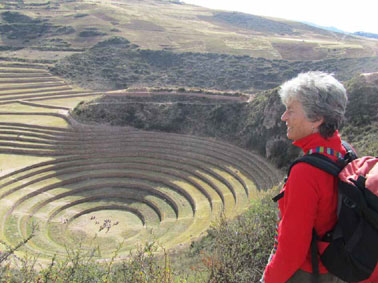 I just returned from my last trip and one of the sacred sites the group visited was a place with a strong connection to the 13 Solar Discs so renowned in Peru. Here, terraces are built far into the Earth. When we arrived, I felt discouraged by the loud tourists and football players in the area. Sensing to go ahead despite my reluctance, I walked down the terraces with others from my group.
As we made ready to begin our spiritual work, the tourists and players went away.
Before we got very far in our connecting to the Earth, other tourists came along. These, however, were Peruvian visitors to the site.
Without a word, they made their own circle around us and began to follow our lead. They did what we did, in their own way and language.
An exchange spontaneously bloomed between northerners and southerners, the Eagle and the Condor.
We became a spiritual team, and it was beautiful. 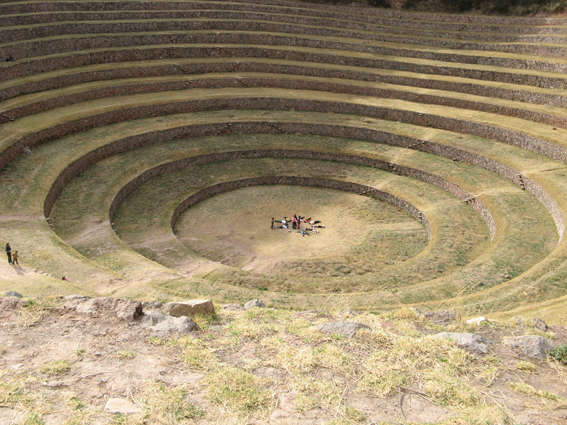 Ike: Speaking of a spiritual team, as you travel does the group prove cohesive and do people end up working well together-or have there been problems with people bonding?

Patries van Elsen: I try to build cohesiveness into the group at the spirit level.
When a person reports a dream or vision or even just a longing, I often make ceremony or do something creative around it so what starts out as individual grows and becomes something everybody feels as her/his own.
Before long, we weave our mystical experiences together until they seem to belong to the whole group.
Often, as the trip progresses, the dream or visions make joint sense, and give signs that can help define our next steps.
They also might bring to light a new level of understanding about what we are doing and the trip's overall importance.
In this way, bonds are built among members of the Circle and they are not superficial, but reach profound depths. And you have to remember Peru has much feminine energy that is felt in the blood and bones, and is seen in every southerner.
As a result people who come here from the north discover they are not so much in their heads, making judgment or developing attitudes like they might normally. Instead, they realize their hearts are continuously, all the time, open.
Here, in the south people are very connected with their hearts in an emotional way, and have intuitive sensitivity to that.
As a result, there are few borders or barriers felt between people, even language differences don't stand in the way of good relationships. And doing ceremonies at ancient sites that have been revered by generations, in some ways we become child-like in our love and adoration for Pacha Mama, or Mother Earth.
These sanctuaries create magic; it's as if our work becomes play.
And I find both the magic and the togetherness increases as we go from one 'spiritual garden' to the next. Everywhere along the journey, love abounds. Often we find rocks in the shape of hearts.
During the last trip, while on the Isla de la Luna/Island of the Moon, we did cleansing ceremonies that took us back to clear deep levels of human sorrow. We even released grief from ancient pre-human, stellar intelligent life on the planet.
Afterwards, everybody found a heart-shaped stone to take with them to the next sacred place on the itinerary, Isla del Sol.
There, the group sadly faced a bit of modern reality. Three different local tribes now divide one of the most important sacred sites of the island in three, each taking a third (of the land) for their own ceremonies and rituals. They do not get along and do not want to share this sacred place in Oneness with each other, (or work together) on this island of fiery spirit, dedicated to the sun.
How fitting it is that we laid a circle of stones before starting our ceremony.
These twelve heart-shaped rocks we had picked up on the Isla de la Luna were meant to make a bridge between the two islands, to bring a bit of the soft, feminine lunar spirit to the neighboring land of the sun.
Little did we realize that long after we are gone, the Circle of Heart laid in stone stays behind to serve as a reminder that loving compassion offers the key to peace between three warring nations.
It is my hope, anyway. With each trip, I want to leave behind only a few footprints of harmony, bringing balance between sun and moon, north and south, eagle and condor.

Please consider traveling with Patries in September (or on later trips) to Peru, including Cusco, The Sacred Valley, Machu Picchu, Lago Titicaca, the sanctuaries of Ollantaytambo, Moray, Chincero, Pisaq, Raqchi, Sillustani (Sacred Place of the ancestors), Hayu Marka (The interdimensional portal of Aramu Muru), Copacabana, Isla del Sol (Island of the Sun), and Isla de la Luna ( Island of the Moon).
For further information please check out Patries' website www.patriesvanelsen.nl and specifically for the guided travel to Peru.

Thank you, Patries, for a glimpse into the Mother-paradise, and your willingness to share hallowed southern pathways with others. 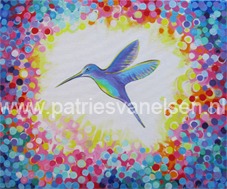