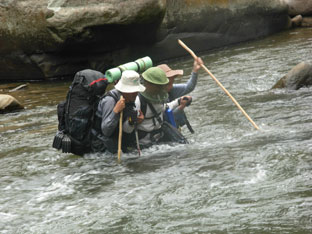 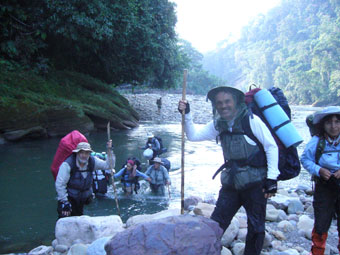 In 2005, 2010 and 2018 Patries van Elsen participated in international expeditions to Paititi.
Paititi is by many considered the Shamballa of the Andes. PAITITI
The Magical Path of the Heart
New Book

The expeditions were guided by extraterrestials guides of Mission RAHMA and the Masters of the White Brotherhood. 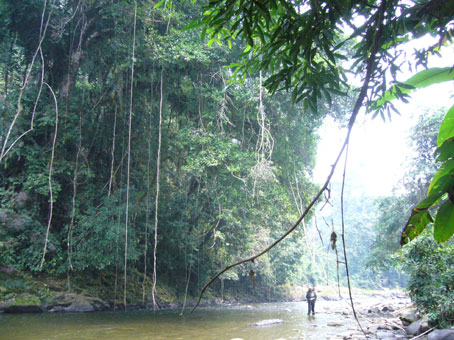 The closer you get the more hearts you will find. 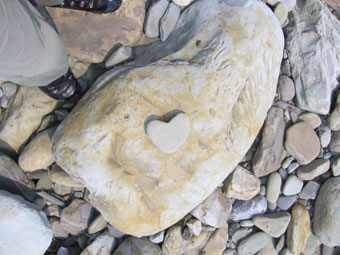 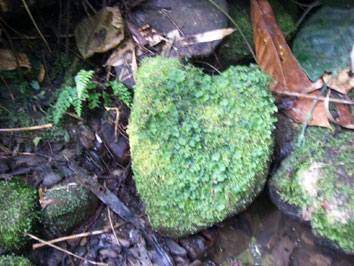 "Heart of the Heart"

The fascination for Paititi activated the imagination of many within the memory of man.
The atmosphere of magic surrounding this place, led to several expeditions in the past centuries.
In august 2010 the painter Patries van Elsen participated for the second time in an international expedition to this legendary country, deep in the jungle of Peru.

The Eclesiástico del Cusco museum preserves an ancient painting,
made by the Jesuits in the XVIIth century.
It shows a map with jungle, mountains, rivers, people and animals, surrounded by an inscription: "Heart of the heart".
"This is a map of the Indian land, named Paititi.
Bordered by all kingdoms, it has no borders of its own.
Here you may see the colour of the songs of invisible birds.
Ordinary people may find merely normal food here.
But the poet will find the door towards the purest and oldest love,
sealed here ages ago."

According to a legend the last Inca's left Cusco after the Spanish conquered the city.
They went deep into the jungle of "Madre de Dios", in Peru. They took their last sacred golden objects with them. One of these was the famous golden solar disk.
They built the city of Paititi, also called El Dorado (golden city).
Here they preserved their ancient knowledge.
It is believed that a group of Masters still lives here, as conservators of centuries-old wisdom.
The El Dorado of the Spanish and the natives' Paititi is one and the same place.
For the first it represents gold. For the Inca's Paititi is the place of love, knowledge and wisdom.

Paititi is veiled in mysteries. The temple is alleged to have a subterranean city underneath,
connecting a web of tunnels through the mountains of the South American Andes.
Paititi radiates its own special energy. As a shining center it enlightens the personal path and awakens the sleeping mind.
This particular radiation also produces electromagnetic disturbances on helicopters
approaching the area.

Paititi is guarded by the Machiguenga Indians.
The 'Wall of Pusharo', an enormous rock, 35 metres in length full of petrogliphs,
forms the entrance to Paititi.
Here, among many strange markings, the famous symbol "Heart of all hearts" is to be found.
According to the Machiguengas, this wall is a portal to another reality,
where the first guardians of this place, the "Pacao Pacuris", live. 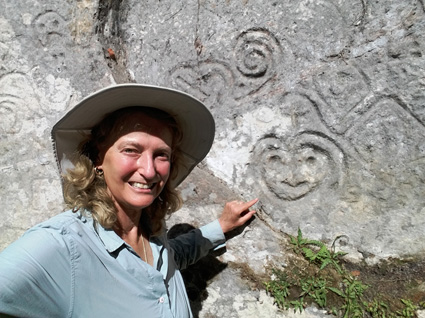 Over time the petrogliphs were explored by numerous researchers.
In 1970 the anthropologist-priest Torrealba photographed and studied the mysterious markings.
Many researchers conclude that these petrogliphs probably were made 14.000 years ago, but not by the pre-Inca or the Machiguenga.
This leaves us with the question who did make them. In December 2004 Patries van Elsen started to have dreams about Paititi in Holland.
In May 2005 she was invited to join an international expedition to Paititi,
initiated by Sixto Paz Wells. 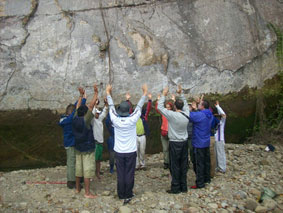 The participants came from all parts of the world
and all had received a mysterious "call from the jungle". For the expedition of august 2010 Patries van Elsen again was invited by Sixto Paz Wells to participate
in this international expedition of Mission Rahma to this magical place,
Paititi in Peru.

Sixto Paz Wells en Patries van Elsen
with the symbol "corazón del corazón"
or "Heart of the heart", at
Pusharo in 2010.

The participants of various spiritual expeditions to Paititi came from all over the world.
Their names were recieved in messages of extraterrestial guides and Masters of the White Brotherhood.

This was one of the energetic works that had to be done with the Solar Disk of Paititi
before the big transitions of time, so that the earth and humanity will
evolve in Christ Consciousness to the vibrations of the 4th, 5th and 6th dimension of love.

The alignment of The Solar Disks, The inner cities of Light , the Real Time of the Universe and the Spirit of the Earth opened to a greater public the Sacred Akashic Records.
This is the time that humanity,
every body with an open heart, will remember for it selves the true history of planet earth.

This time we live in today, is a period of great change, in every sense,
which gives us the opportunity
to evolve to a higher level of consciousness full of love and abundance. Her travel experiences inspired Patries van Elsen to make a series of paintings.
This series have been shown at the expositions in Europe and in South America. 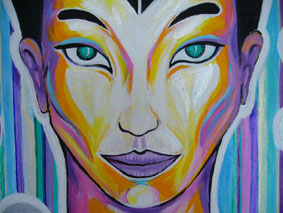 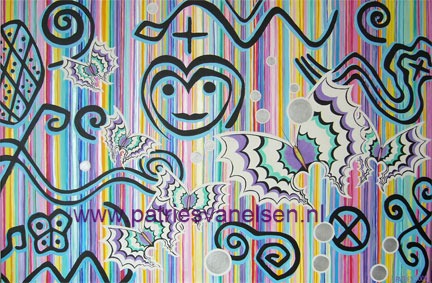